Like a lot of businesses out there, we’ve certainly traveled the road of hard knocks along the way. One of those has been in the area of hiring. After all, building the right team is tantamount to success. Since we’ve always set good guidelines and followed best practices, this means that we’ve continually been looking for team players. I can’t imagine that need being different for other companies. 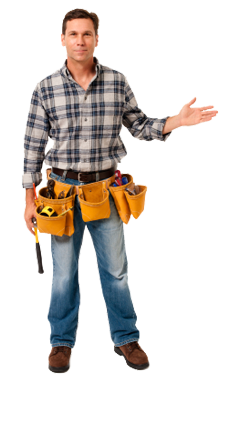 I like to think (and do believe) that our hiring process has gotten better. I’ve interviewed lots of potential hires (deck construction carpenters), and for the most part, we’ve been blessed. But like with a lot of things, the world has changed. Better ways of hiring have emerged. Early on, I typically asked basic carpenter hire type questions such as whether they owned their own truck/power tools/tool belt, etc. I asked them about their construction job history and more specifically, their deck construction history (if any). And finally, I inquired about their pay history.

These are important questions still today, but something happened several years ago that steered me in a slightly different direction. My daughter met a wonderful guy who would later become my son-in-law. He had never done carpentry work before. And to be honest, he wasn’t a mechanically adept type of guy. But he brought two things to work that are essential – a desire to work hard and improve, and a teamwork attitude. He became an invaluable part of operations during his time with us.

He’s moved on, but ever since, I’ve considered a willingness to work hard/smart, and a teamwork attitude to be a couple of the most important competencies we look for. In addition to inquiring about their construction and deck construction history, I ask questions around their attitude and how they handle problems. This approach tends to weed out those who are just looking for a job and promote those who are looking to help build the best decking projects out there. I find that this second group consist of people who want to be part of something bigger than themselves, while also providing for their families.There are lots of good construction and deck professionals out there and whenever I get a chance, I like to add to the team.