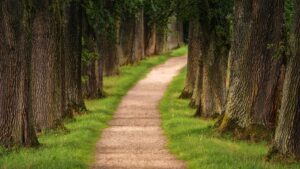 The rich and fascinating history of Freeman’s Mill Park goes all the way back to the 19th century. Sometime around 1868, two brothers by the names of Levi J. and John Griffin Loveless saw fit to build the mill on the Alcovy River. Although water powered mills were much more common at the time, this mill was well maintained, and wound up in the hands of a few more owners after the Loveless brothers. It was next owned by Scott Freeman, who had possession of the mill until 1915, when it was then acquired by Newt Pharr. 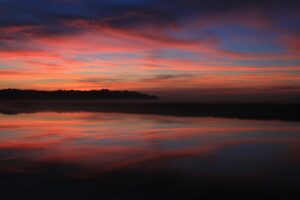 city, who purchased it in 2001. During this 86-year period, there went from being more than a thousand mills like this in Georgia, to only 15, with this lonely mill representing the only one that remained in the Gwinnett County area. It was likely for this reason that the city became so interested in restoring the mill and it’s surrounding property for use as a public park. By 2009, the city finished a project to fully restore the mill to a functioning state, and also clean and prepare the surrounding land for it’s use as a park.

Freeman’s Mill Park boasts a handful of features that make it unique overall, apart from other parks in the Gwinnett County area. The property consists of 12 acres overall, and on that land, there’s: A playground, a walking trail, restrooms and the historic gristmill that acts as the center of interest.

The park is solidly liked by people who have taken the time to visit it, and there’s a few common points of interest. The place is noted for it’s tranquil atmosphere, described as the perfect spot to spend time meditating. A small waterfall is present at the park, which is an element that adds to this appeal in particular. The park is overall very clean, and also has restrooms that are typically in very good condition. Although it’s sometimes considered a small park compared to others in the Lawrenceville area, visitors make note of the plaques and general interestingness of the mill house at the park. The park also features a safe and quality playground for children, which is popular. Lastly, there’s a half-mile paved trail, which although small, provides sound value for family outings and casual walks.